Schools claim to be English Medium, but use all other languages but English as the medium of communication in their workings and interactions. Students form these institutes, however intelligent and hard-working they are, fail to communicate the same to their placement or job interviewer, and if crossed that some way, get stuck in the job, as an unseen unheard demotivated individual.

I think this particular discussion or  narrative is quite common and more so for students who are probably at important milestones in their life. Why should english be so important? We have now I think accepted that English is the universal business language. It is not just a subject and beyond getting some marks and passing in that subject or doing well in that subject; we need to have fluency of English both in written and spoken form. Even more in spoken form because this is a language that will allow us to be professional at our workplace. That’s the only language the corporate world likes to work in and also this is a de facto requirement in getting selected in job interviews. So I have been on a lot of interview panels and I see that students who are very good in whatever they have studied, whatever they have learned fumble or find it difficult to articulate what they have learned from or what they are already aware of. This kind of spoken proficiency will come not by just learning the subject but by constantly engaging in meaningful conversations. Language is an element of culture, just like the student picks up their mother tongue: you don’t have to sit down and tell them that this is the first letter of your mother tongue, this is how you pronounce, they just pick it up as a part of the culture by listening to the sound. Initially, they appear as noise and then they start making sense as a sound and then they start understanding the language and then they start speaking. The Same kind of immersion has to happen with English and that is possible only when all the people around you are speaking that language. That’s why at Kompass we offer that immersion to the student and faculty is a role model for a student, they look up to the faculty and if they speak in English, that’s what we do at Kompass mandatorily all the time in our interactions with students and we ensure that all the students also interact in English. That is to ensure that they get immersed in the language and culture of English and they pick it up for the spoken proficiency which is required later on. It is not just a business, they have to understand that it will be very helpful later on in their subsequent education, degrees, post graduate, undergraduate and later on in their jobs if they speak well, they articulate well with their thoughts, ideas and expression they are bound to do well. In fact there was an interesting survey done by McKinsey actually conducted with  CEO’s, where they ask them which skill is the most important for the success of a member in their companies and they said communication skill is the top skill and when I say communication skill, let me qualify that it is the communication skill in English. 93% of the CEO’s said communication skills are important for the success of the person. So that’s the kind of importance we give to English as a language in terms of the way we speak, the way we even teach probably would like to take out sometime and look at some of the examples that we have provided on our website, on our social media channels in terms of how we teach English in the classroom. It is by a collaborative, immersive and engaging process that students pick up love for the language and they are speaking, writing and conversing in English. So we have ensured that the students get the necessary confidence and conducive atmosphere for picking up the right nuances of English and they become good speakers for now and forever. 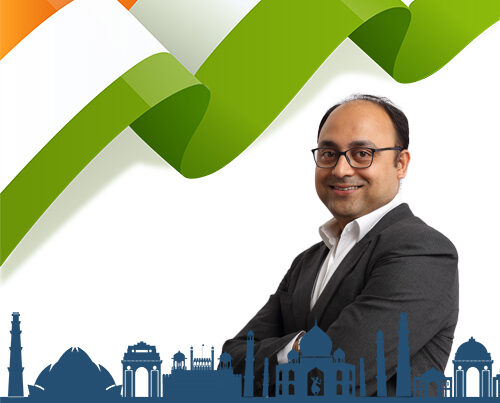